The Datasphere – Invisible but Omni-Present

Data surrounds us unseeable and untouchable. It’s like an aura unconsciously encircling us. Did this phenomenon exist since ever? Did it arrive even with the birth of Mother Earth?

Obviously to me, data came into our consciousness with the advent of technology and its capability to store data and ‘calling information off’ upon needs. This capability started to happen with the invention of the computer. While we might not agree upon an exact date when the computer got invented, a crucial piece of technology, the transistor, came to life in 1947, invented by researchers of Bell Laboratories. Transistors are still the components any chip uses to this very day; however, we see up to 60 billion transistors – no, this is not a typo – on a single silicon wafer, the size of a few square inches.

Today’s young people and students, often referred to as Generation Z, were born into this datasphere, unmistakably taking ‘data’ for granted, like the air to breathe. But what do they do with it? The answer to that question should spark your attention: they do nothing with the data, at least not with purpose and awareness.

Data is being produced at all times. Smartwatches generate data even while you sleep. And where is it stored? Of course, as you know, in the cloud. Take the Apple Watch as an example. It keeps your data in the iCloud, making it easy to exchange between devices in case you have more of that sort. Now, you can see your data in given charts or visualizations. I’d call this pre-fabricated analytics that leaves you not much flexibility to run your own algorithms. When I previously referred to Gen Z, the unconscious datasphere would prevent them from thinking about new charts and algorithms. Why should they?

In fact, it’s not just Gen Z that does nothing with data; it’s nearly everybody, maybe all of us.

Becoming more data-conscious and data-centric is undoubtedly the need of our era. Instead of relying on what others say and what Artificial Intelligence might suggest, we have to get back to the basics of the data. We need to get more grown-up to data-aware individuals who take control of their lives within the datasphere. 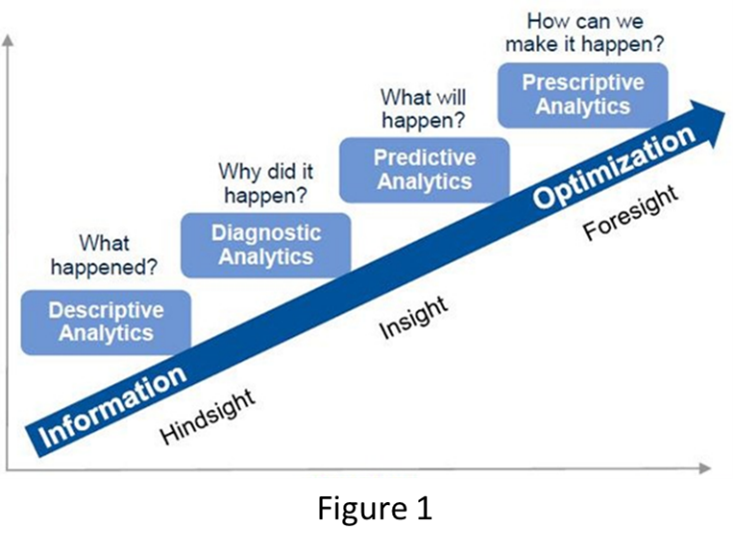 The databases exist; we only have to find them. Now, I admit that accessing your ‘own’ Facebook data isn’t that easy, maybe impossible without hacking it. But if you run your own business, you own the right to access all data you obtain, process, and store.

So, what are you doing with the data? The opportunities to analyze your business data are endless. As shown in Fig.1, you can investigate the past and answer questions like “What happened?” and “Why did it happen?”. Mainly, the Diagnostic Analysis answering the why-question is the much-needed step to turn experiences into opportunities. Therefore, I call Business Intelligence (BI) the first evolutionary stage to lead us out of the “unconscious datasphere” mentioned above.

Gaining insight from the databases of the past could open up additional windows of opportunities. “What will happen?” is a critical question in business that bustles any business leader and executive. If foresight and prediction would work, how could you not be successful? OK, predicting the future is an art that goes beyond gutfeel. You must develop your ‘formulas’ to see into the future. And developing these formulas usually doesn’t go overnight. Maybe you have even to study “Predictive Analytics” a bit to catch a running start. But my point is: start thinking about and identifying patterns and correlations within your data that you might expand into the future.

Data alone won’t make you successful. To come out on the winning side, you must do something. Being prescriptive is the only answer to how you get out of the unconscious datasphere. The question “How can you make it happen?” pushes the throttle to full speed. Action plans and decision-making will move your insights into a successful future. And what if you’re not successful? Always keep in mind that you learn more from failures than from successes: adapt your algorithms and forecasting models and keep moving.

To tackle your datasphere, do you need BLU, HADR, or JiVS? Maybe, you might. But first, you must make up your mind and prepare yourself, moving the ever-surrounding datasphere right into the center of your consciousness.

Some food for thoughts: listen to the upcoming IBM event. 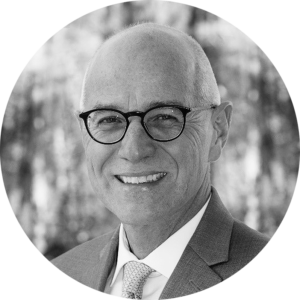